Pharmacology World has one of the most complete collections of teaching videos focused on pharmacology created by renowned expert, Dr. Michael Lee. With a robust collection of 50 different videos and over 12 hours of content you will master the key concepts of pharmacology as well as improve your retention.


Overview |  Key Features |  About the Creator |  Resources |  Get Started |  Testimonials


Pharmacology World videos are a series of videos that:

About the Creator
Dr. Michael Lee

Dr. Michael Lee has spent the last 18-years teaching every area of pharmacology to hundreds and hundreds of students including medical, pharmacy, undergraduate, graduate, dental, and optometry students at both large public universities and small private colleges.

He began his career in the Department of Molecular Pharmacology and Physiology at the University Of South Florida College Of Medicine where he completed masters and doctoral degrees in medical sciences with a concentration in pharmacology. After completing his studies, Dr. Lee became a post-doctoral fellow in the Department of Biochemistry at the University Of Florida College Of Medicine.

Upon completing his fellowship, he was recruited by Pacific University in Portland, Oregon where he served as a founding Assistant Professor in the new School of Pharmacy. While at Pacific, Dr. Lee was actively engaged in developing and teaching a number of integrated courses for first-year pharmacy students. In 2007, Dr. Lee was recruited to Samford University where he taught extensively in the areas of physiology, pathophysiology, biochemistry and pharmacology.

Subsequently, in July 2010, Dr. Lee joined the medical education faculty at the University Of Central Florida College Of Medicine where he taught in multiple areas of the curriculum covering topics related to biochemistry, molecular biology, physiology, and pharmacology. He was promoted to an Associate Professor in 2015.

He was recently recruited to serve as a founding Associate Professor of Pharmacology at the new University of Texas at Austin Dell Medical School in Austin, Texas. Dr. Lee is actively engaged in basic science research and medical education research, which is aimed at identifying strategies to improve student learning and the long-term retention of pharmacology knowledge.

“At Dell Medical School we use a flipped-classroom model to teach our students the basic sciences during their first-year of medical school. As such, we relay on quality, high-yield, pre-class learning resources for students to study from before coming to class, where we typically have an exercise that applies this knowledge. In the case of pharmacology, it is woven throughout the curriculum like a longitudinal thread, often presented in small packets together with normal physiology or with pathology. Therefore, I use the Pharmacology World videos as a pre-class resource (like a video textbook) for students to gain a quick familiarity with the material prior to the case or application exercise in class the following day. As we move through the curriculum and revisit more advanced aspects of drug classes, the students go back into the Pharmacology World “video library” and re-watch the videos, thereby strengthening their retention of the information.”

Please take a moment to check out this brief introduction of Pharmacology World from TDS Health.

Get Started with Pharmacology World

What People Say About Pharmacology World

Pharmacology Student
I would say these videos are a happy medium between lecture and casual online learning. I definitely think they would be useful because they go into a lot more detail than lecturers often can, and students mostly prefer a visual aid with revision rather than having to read a textbook.
Pharmacology Instructor
I was very impressed by the range and scope of the content and can see it as a very useful tool to complement our teaching programs here. It could also be useful from a revision point of view for those that have been out of the discipline for a period of time or as a means of providing some key concepts to those moving into pharmacology from a related discipline. I feel these would also be really useful for students to review alongside blocks of teaching or ahead of practicals or assessments as a means of developing their independent and self-directed learning approaches. 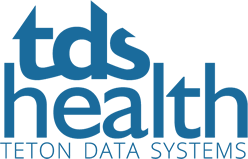